A downloadable game for Windows, macOS, and Linux

As the last survivor of the Battle for Io, your space craft tumbles through the blackness, heavily scarred from conflict with its ammunition depleted. Stranded in the outer Solar System, the closest haven is an Earth-Martian alliance military station in orbit around the red planet - but between you and safety are countless enemy probes and escorts, deadly space mines and treacherous asteroid fields.

Stay alert on your journey back home; heavily armed enemy destroyers and sonar ships patrol the outer planets, hunting for easy prey. However, if you can make it back in one piece, fame, glory and medals await you.

Valiant space hero, let's face the hard reality; failure is almost certain, but surrender is not an option. You'll need to use all the skills you gained during your time at the Martian Space Academy - weave and dodge through the enemy formations, equip your shield to absorb enemy fire and RETALIATE!

RETALIATE DX is an 8-bit reimagining of a mobile/Roku game by Romans I XVI, developed by Marcelo Lv Cabral, Trevor Storey, Richard Bayliss, Antonio Savona and Jon Eggleton for the Commodore 64/128 personal computer. Published by RGCD and Psytronik Software in 2021.

Playing the game on Windows, Mac or Linux

Please note that the downloadable Commodore 64 version available here is primarily for use with emulators, but can also be run on a real C64 via hardware such as the 1541 Ultimate II or Turbo Chameleon. For emulator users, we recommend VICE, as it works on a variety of operating systems and is very user friendly. In fact, we've even included a pre-configured Windows, Mac and Linux version of the emulator with the download as well as some simple user instructions (we're nice like that).

Early 2022 you will be able to buy RETALIATE DX on Cartridge for your Commodore 64 Computer!

Enjoyed RETALIATE DX on your modern-day PC? Have an old Commodore 64 stashed away in the loft? Well, you'd be a fool not to grab a physical copy of the C64 version - it will come boxed with a manual, vinyl RGCD sticker and other goodies, just like in the good old days! 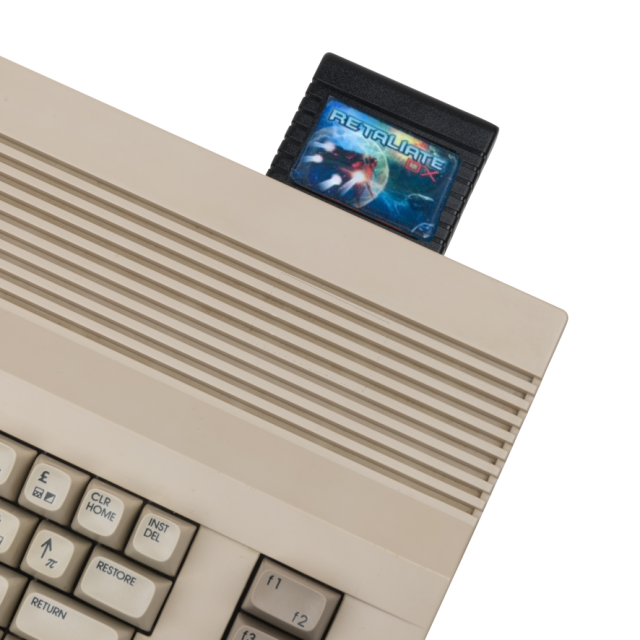 Keep an eye on RGCD website to know when the cartridge will be available!

RETALIATE DX will also be available soon to order on 5.25" diskette from our comrades at Psytronik Software.

The source code of the "Community Edition" of this game's engine is available on GitHub at the RETALIATE 64 repository . Visit the repo to learn more about the project history and differences between the two editions of the game.

In order to download this game you must purchase it at or above the minimum price of $3 USD. You will get access to the following files:

Okey guys, i figured it out. When the game first loads, the first page for selecting your language has the controller options underneath. F1 to toggle from joystick to SNES controller. Don't know how i missed this.

Good that you found it! Enjoy the game!

Help please, I cant get my 8bit guy snes controller to work. am i missing something.

play game with proper graphics, fork over some cash. is this a c64 thing or was this scene always so pathetic?

gonna wait for the csdb release next year thx

Stay happy and healthy my friend :-)

A slightly different shooter, but I like it a lot.

I've put together a longplay video with all skill levels completed. For me, the Dynamic Destroyer and Arced Assailant are too fast in the sideways movement, but I completely forgot to use the Sturdy Striker on hard level, so maybe a little bit odd to see the Old Faithful here ;)

Reply
The Highlander1 year ago

Well done, I really like it. There's more to it than meets the eye and I enjoy the concept. Recommended. 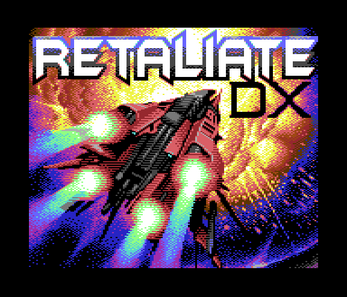 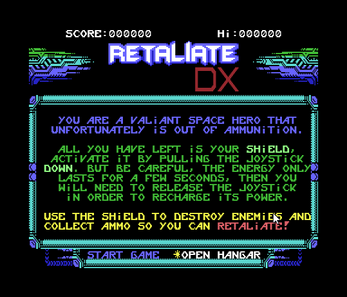 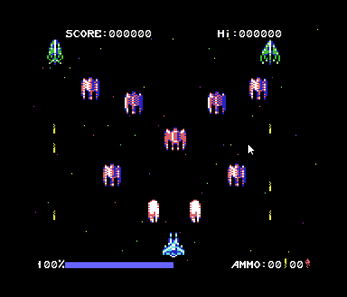 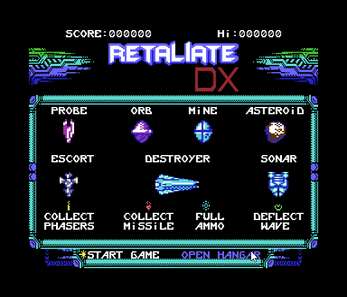 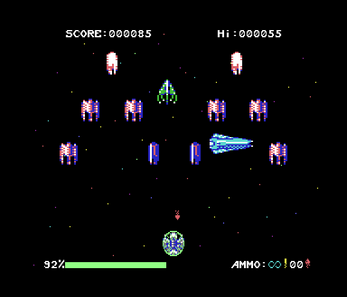 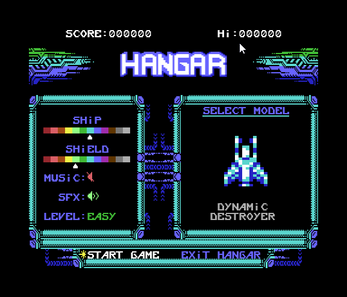 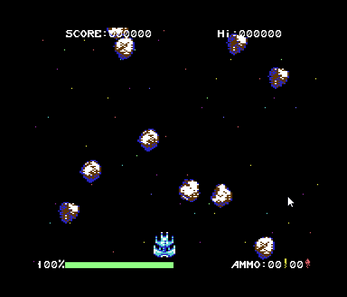